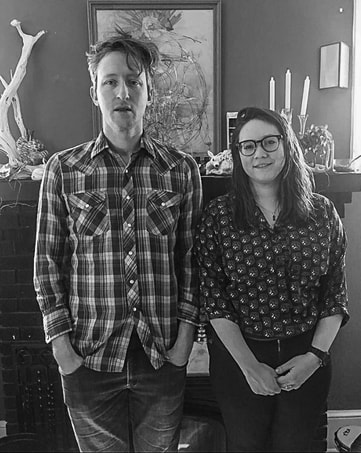 Wendy Eisenberg and Shane Parish are two sides of the same wishbone. Both inventive, spiny guitarists with deep roots in all genres, both veterans of critically acclaimed experimental rock bands, both published in Arcana VIII: Musicians on Music, edited by john Zorn (2017). They only just met in March 2018, while Wendy was on tour in Asheville. Hours after meeting, they recorded this collection of radical standard-tuning guitar improvisations that explode the capacity of the instrument to accommodate fingers, pushing harmolodic boundaries, and displaying an uncanny psychic interplay that seems to evidence the fatefulness of this encounter.


The collection of songs is entitled Nervous Systems— a heading that captures both the free-wheeling development of musical ideas on the album and the technical immediacy with which Wendy and Shane alter, disrupt, and reinvent their compositions at every turn. The two guitarists form a thrilling and precarious circuit, spinning out historical forms of music from their deep pockets and feeding traces of jazz, baroque fugue, bossa nova and American traditional melody into a whirling communicative loop. “Fresh Bust,” the first encounter on the album is at once angular, warm and pleasantly disjunct. Here, as throughout the collection of songs, Wendy and Shane each offer up melodic effigies that quickly become burned in the speed of their exchange. Their characteristic exercise in elegance and abandonment yields an endless supply of compositional fertilizers which the two cultivate with sensitivity and a careful ear for nutrient content throughout the course of their ongoing encounters.


The second piece on the album, “See Leg,” begins with a charged chromatic counterpoint that straddles a fence between broken fandango and punk pseudo-serialism. The dissonant cells which comprise this dance oscillate between playful idiomatic reflection and bold disruptions within the flexible lyricism that the duo maintains. As Wendy and Shane negotiate this shared vocabulary, their bristled lines gain shape and metastasize out of their discrete melodic forms and into propulsive anti-grooves wherein the percussive textures of the guitar overcome the foreground of tone before ultimately spilling back onto a ground floor of skinny melodies in ricochet.


While technically and aesthetically intense, Wendy and Shane’s project is also notably, generously infused with a sense of play that situates the more jagged coherence of their encounter within a soft invitation to imagine, to re-imagine and to vigorously pursue the music at hand; this is an affect that resonates, beyond Wendy and Shane’s roles as composer/performers with their respective committed works as educators and scholars of music.


The signature of Nervous Systems, and of Wendy and Shane’s dialogical project as a whole, is a controlled explosion of all these elements — the mechanical becoming electric. The music is confrontational and fluid, unapologetic and sensitive, contemporary, classical, polyrhythmic, folky, jazzy, shreddy and punk as fuck. With Wendy and Shane’s project, we see the guitar become both a tool for negotiating acoustemological ideas and a channel through which the history of the instrument is plucked precariously and brilliantly into the present before decaying back into the resonant possible. 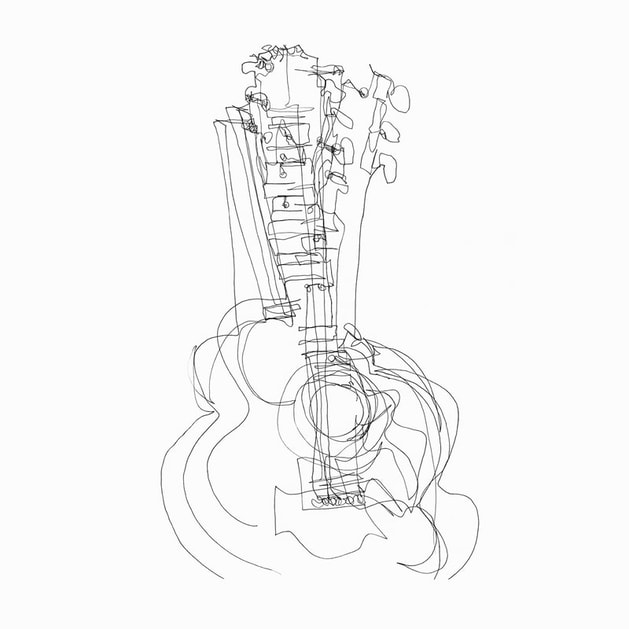